Satyamani Natural Yerba Santa with White Sage Smudge 5" is the Holy and Sacred Herb is known for its healing powers. Traditionally used as a smudge or incense for protection and purification. It has a long history of use as an altar offering and has been referred to as \"Portable Altar.\" uplifting scent. Burn it to nurture and protect that which is ancient, sacred and wild within you. Use it when you need encouragement or courage. Yerba Santa, which literally means sacred herb in Spanish, has been used for centuries for a variety of illnesses, such as bronchitis, colds, coughs, diarrhea, and stomach aches. The Spanish came to know of its medicinal value through Native Americans, who either smoked or made infusions of yerba Santa. The herb, also known as bear\'s weed, consumptive\'s weed, gum bush, and mountain balm, is still primarily used for respiratory congestion, either from acute asthma, colds, or coughs. Yerba Santa has also been found effective for a number of symptoms, including gastrointestinal disorders and fatigue. When used externally for bruises, mosquito bites, or sprains, yerba Santa can be applied as a poultice. The herb also used as a tonic to cleanse the blood, tone the nervous system, stimulate the mind, and control the appetite. It is also believed to enhance the action of other herbs when used in combination. It has a sweet, slightly bitter taste. Recommend Use: As practiced by generations of these native people, the pointed end of the smudge bundle, while held over a bowl of sand, is ignited. Blowing on the glowing surface will provide the fragrant smoke. Saying a prayer for someone special or in need, while gently winding the bundle around the area, will enhance the enjoyment of this ancient sacred ritual. After smudging extinguish the lighted embers by rubbing in the bowl of sand. Retie the string if needed. Then place the bundle on your sacred alter for future use. 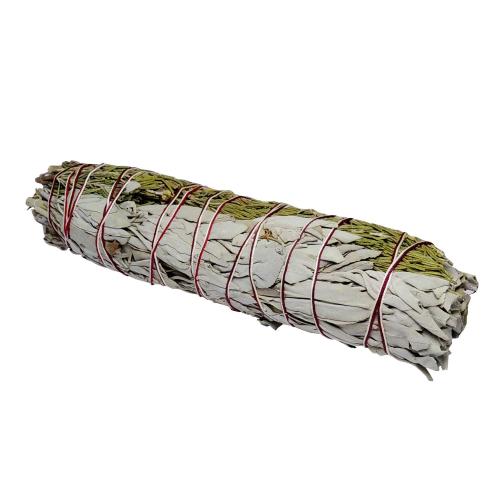 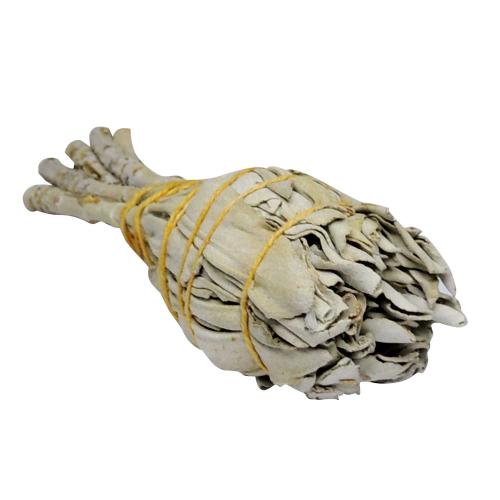 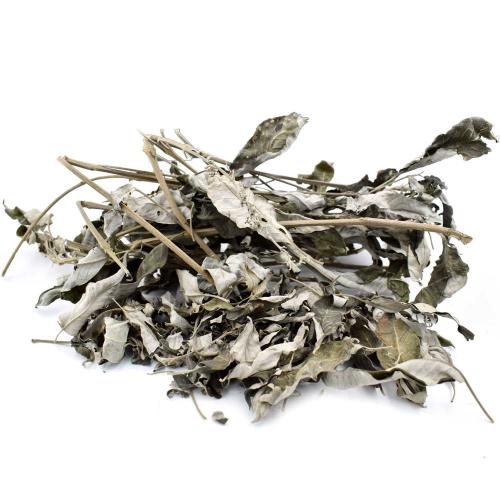