Satyamani Natural Moss Agate Doughnut Pendant is made up of natural moss agate healing stone. Moss agate is said to bring general abundance, success, and prosperity. It is also said to help one gain peace with extreme or excessive duties in life and brings self-confidence and higher self-esteem. Moss agate is also said to be a metaphysically protective stone, as are all agates. It is said to reduce the difficulties associated with overcoming addictive behaviours. Moss agate is associated with the heart chakra, which indicates stone of compatibility and friendship. Moss Agate is associated with nature spirits, bringing Earth energy into its healing. Put Moss Agate around plants to foster better growth! The gentle, nurturing energy of Moss Agate encourages the user to appreciate and enjoy each moment on Earth, and assists the planet in its healing as well. Moss Agate is considered a 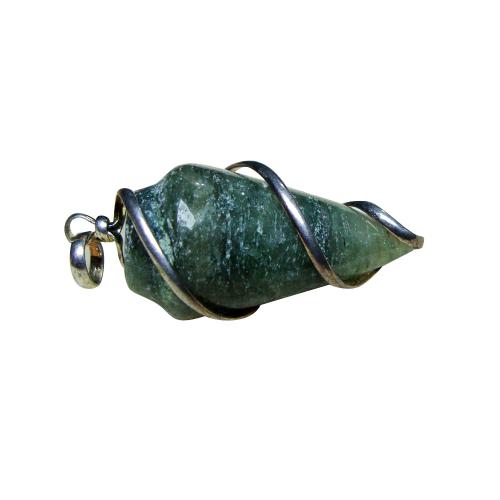 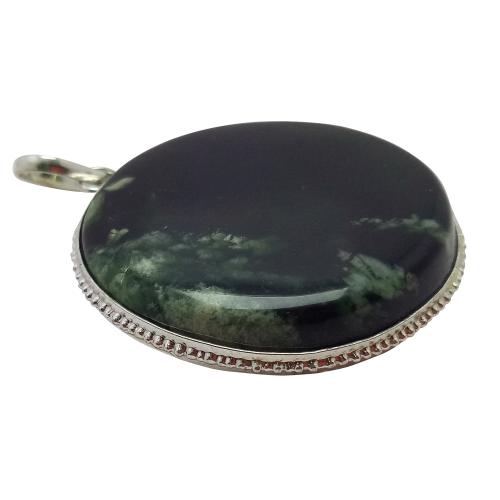 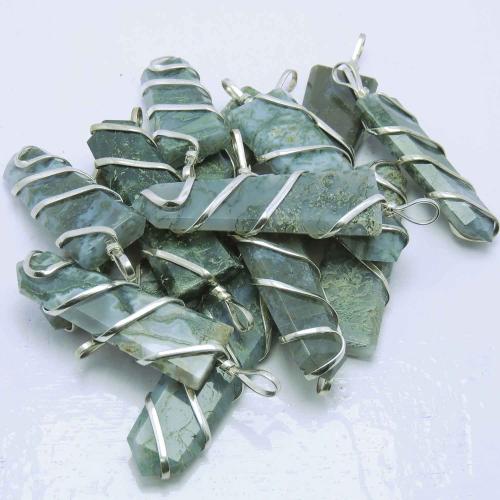