Satyamani Moss Agate Chip Tumble Bracelet is associated with nature, agriculture, and new beginnings.  Moss Agate is associated with nature spirits, bringing Earth energy into its healing. Put Moss Agate around plants to foster better growth!  The gentle, nurturing energy of Moss Agate encourages the user to appreciate and enjoy each moment on Earth, and assists the planet in its healing as well. Moss Agate is considered a “birthing” crystal that can assist midwives in their work. Moss Agate helps to release old habits and promote forgiveness.  It also attracts wealth and abundance, improves self-esteem, and helps to calm and release fears.  Moss Agate also comforts and soothes emotional wounds.  Use Moss Agate to balance the Heart Chakra when releasing stress.  Moss Agate helps with depression, especially when caused by brain imbalances. Moss Agate cleanses the circulation and elimination systems of the body. Note: These are natural stones and only shape has been given. Please note that you will be sent a similar Bracelet which is 100% natural. Availability may subject to in stock product.  The Picture is an indicative as these stones are natural, their color and size may vary as per their occurrence in their nature. (Rest information will be given along with the products). 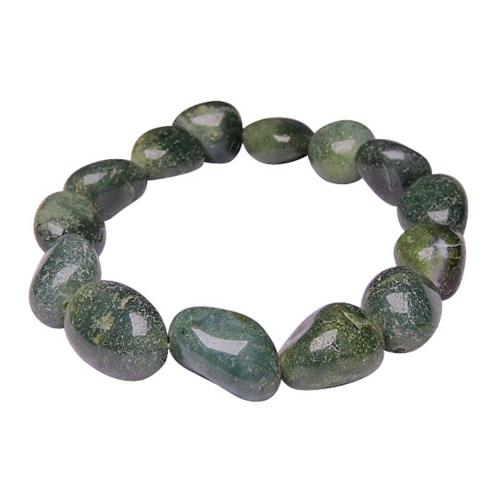 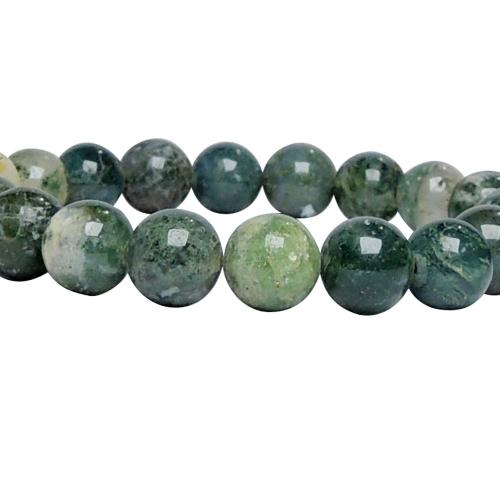 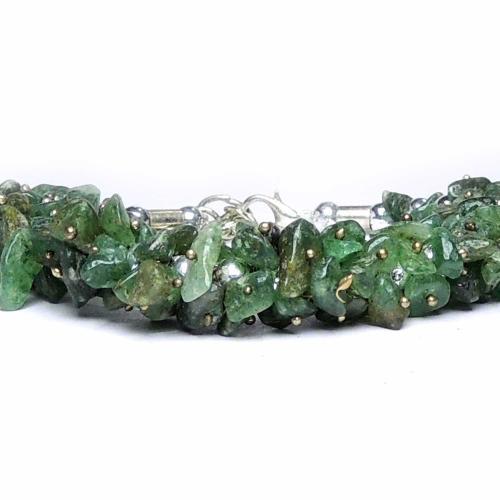 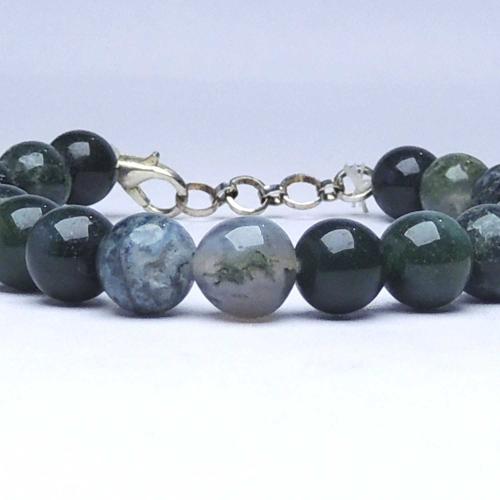 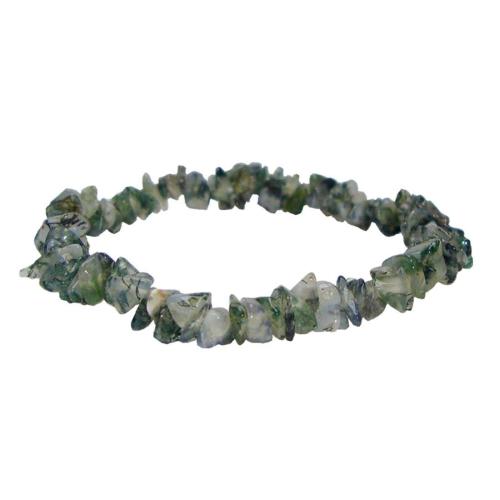 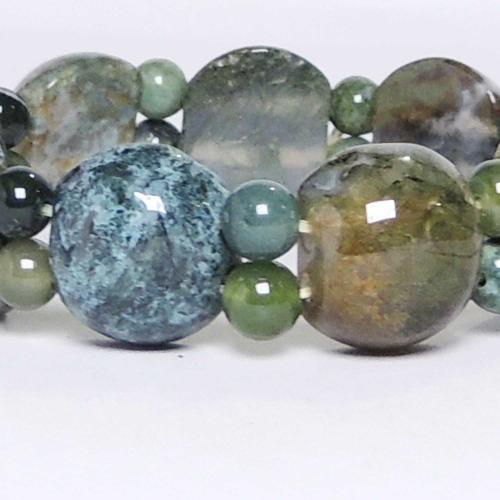